At JJR Financial, we are committed to helping our clients, whether they are concerned for their own financial needs, or those of their family or business. To learn more about our team, please click on their bios.

Together, we stand committed to providing the best customer service possible. 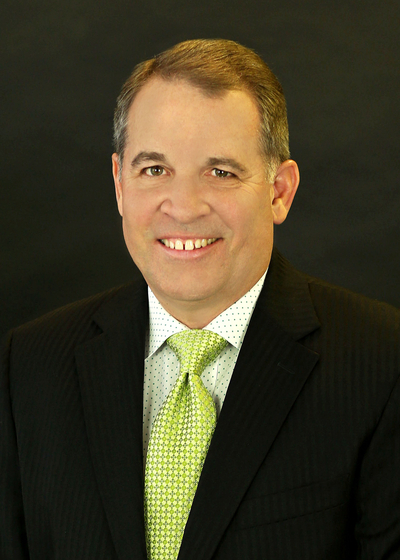 Jay Courtney is a resident of Carrollton, Texas with his wife Stephanie and two boys, Jack and Jared. His interests include football officiating at the High School level. He also enjoys golfing, coaching his kids and physical fitness.

As a former food brokerage company owner and the co-founder of JJR Financial, Jay Courtney knows all about the challenges that business owners face. Armed with a knack for money management and a passion for helping other people learn to thrive financially, he left the food industry to follow his father's 50-year financial service legacy in 1998, and has been on fire for what he does ever since.

Clients always come first for Jay, and he is thankful that he can be free to meet wherever it's most convenient for them, knowing that his team of staff is always working hard and taking care of things while he's gone. Client service is critically important for Jay, and if you want to work on his staff, you have to absolutely love the clients and work hard to exceed their expectations at every turn.

Jay received his Chartered Life Underwriter designation (CLU®) and his Retirement Income Certified Professional (RICP®) designation from the American College in Bryn Mawr, PA. His expertise allows him to empower clients through proper retirement and distribution planning. Jay has been a qualifying member of the Million Dollar Roundtable (MDRT) every year since 2000, and is also proud to be a recipient of the NAIFA National Quality Award numerous times. He has been a qualifying member of the exclusive Northwestern Mutual Forum six times, ranking in the top 200 advisors in the company nationwide.

Prior to entering the business world, Jay served in the Army Reserves from 1981 until 1987. He graduated from Iowa Wesleyan University, formerly known as Iowa Wesleyan College, in 1984, with a degree in math education. He also enjoyed playing football for the college, and is still passionate about the sport.

When he's not in the office, Jay is heavily involved in philanthropy. He is a member of the Purple and Gray Foundation which provides funding to his former high school's athletics program at Burlington Community High School. He's an active sponsor of Team Connor, an organization that performs pediatric cancer research. He is also a sponsor of the Trinity Christian Academy football and baseball programs in Addison, TX.

Jay is also a current member of the Dallas Football Officials Association and has been officiating high school football since 1985. He also formerly officiated for 15 years at the NCAA Division II and III level, before giving up the college game to coach his sons, Jack and Jared in flag football when they became old enough to play. Jay and his wife, Stephanie, have been married since 2000 and family time is very important to them. When they're not at their sons' sporting events, they often can be found serving in their local church community and at their school.

“My goal with every client is simple. I want to empower them to make game-changing decisions that will help maximize and protect their wealth. I do this by making sure they fully understand every option that's available to them, no matter how complex it may seem at first.” 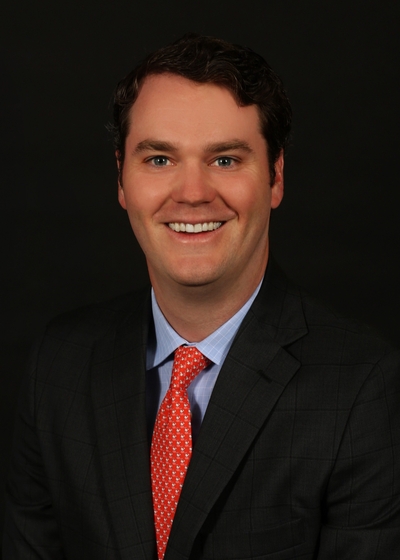 Jake has been with Northwestern Mutual since graduating from The University of Texas at Austin in 2014. From his first day with NM Jake knew this would be his first and only career. Jake is a Dallas native and now lives with his wife Christie, who is a Registered Nurse at UT Southwestern Hospital, in the Lakewood, Dallas area. Outside of work Jake enjoys golf, hunting, traveling with his wife and supporting his Texas Longhorns and Dallas Sports teams.

Jake is one of the founding partners at JJR Financial, specializing in all areas of financial planning. Giving back to his community has always been a priority for Jake, as he sits on the Scottish Rite Tartan Board and participates in many other philanthropic organizations. 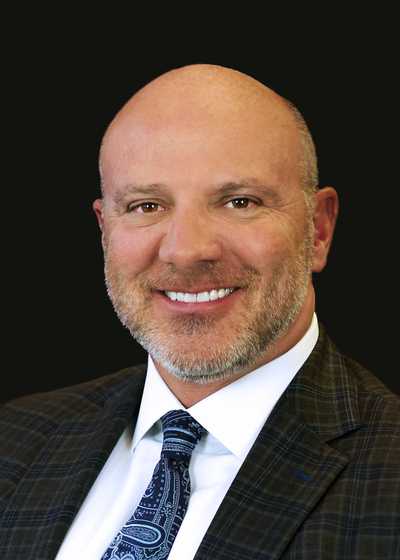 Richard started with Northwestern Mutual in May of 2004. He has spent over 25 years in the financial services business. Drawn to the profession from personal experiences, Richard is passionate about protecting his clients and helping save efficiently to meet their lifetime goals. A Wealth Management Advisor, he specializes in Retirement Income Planning. Richard advises his clients on efficient strategies designed to live out their dreams, ensuring that they never outlive their nest egg.  He effectively manages the impact of taxes during their retirement years, helping them to create a lasting legacy.

Richard lives in Frisco, Texas with his wife Jennifer and their three children. He is an avid sports fan and enjoys going to watch his favorite teams play. Traveling with family and friends is a passion. He also enjoys spending time in the backyard, grilling good food and sharing a fine cigar with friends.

Richard is driven by the desire to make a positive impact on his clients lives each and every meeting. “When a client leaves a meeting feeling better than they did when they arrived, that is a successful meeting. The solutions we provide help make our clients' lives better. He will only do what is the “absolute best” for his clients and this is what gives Richard the greatest sense of accomplishment. 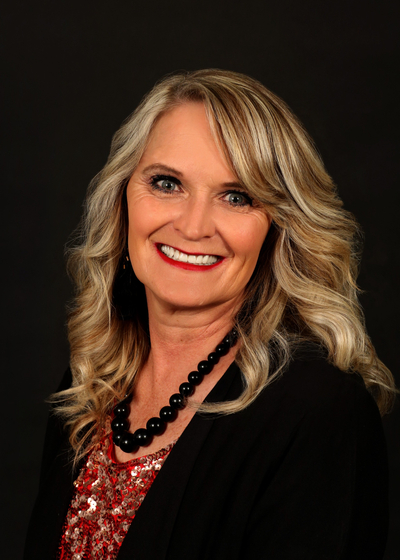 Cindy has been with Northwestern Mutual since 2016. Cindy holds her Texas Life Insurance License for Life, Accident and Health, and is Long-Term Care certified, and is investment licensed with her Series 6 and Series 63.

Before coming to Northwestern Mutual Cindy worked in accounting, and also enjoyed many years as a stay at home mom. Away from the office, she has a great passion for horses and has been riding horses for more than 40 years. She enjoys training young horses as well as riders. She is a mom of four, and grandmother of one. She loves spending time with her family and traveling together. She also volunteers at her church, and in her free time enjoys reading and spending time with friends if not at a horse show.

“I love how client focused everyone is on our team. It's wonderful to get to work in a role where I take care of people's needs and make sure that we are making progress for them in the most efficient way. Our clients are great, and I truly enjoy taking care of them and knowing that our team is making a real difference in their lives.” 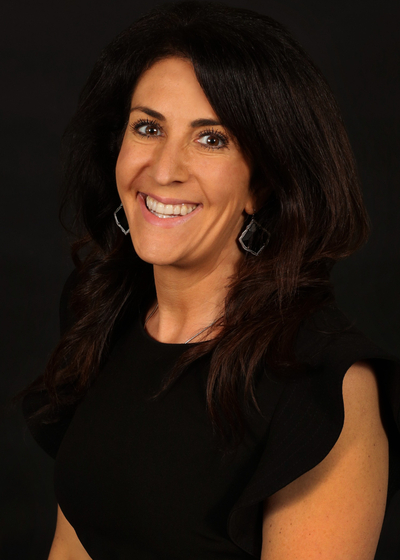 Meredith has been with Northwestern Mutual since 1999, specializing in client service and insurance underwriting. It was her first job after graduating from the University of Arizona with a double major in Marketing and Economics. Meredith lives in Northbrook, IL with her husband Jim and three kids.

Outside of work, Meredith enjoys watching her two boys play travel hockey and baseball. When not with her boys, she is watching or traveling with her daughter’s synchronized skating team. They are a TEAM USA representative, so they travel both domestically and internationally. Needless to say, you have a good chance of finding her at an ice rink. 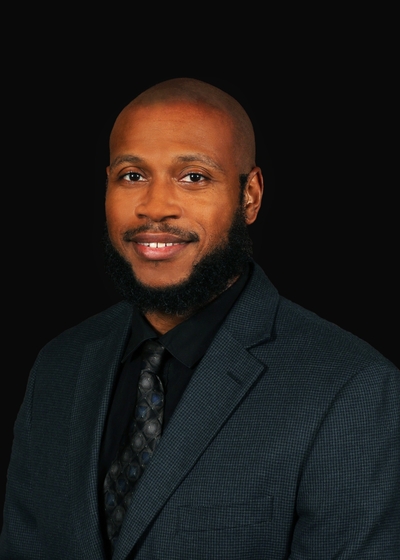 Born and raised in Dallas, Texas, Danny graduated high school from Tyler Street Christian Academy. Danny continued his education graduating from Mountain View College with an Associate’s in Science then going on to The University of Texas at Arlington where he received a Bachelor’s of Art.

Danny enjoyed four years coaching football at his alma mater TSCA then moved up to coaching college football at Southwestern Assemblies of God University in Waxahachie, Texas where he coached defensive backs two years then running backs for a year. Danny enjoys studying the Bible, making music, football, boxing and spending time with his family. Danny enjoys working with clients and team members to accomplish tasks and goals. 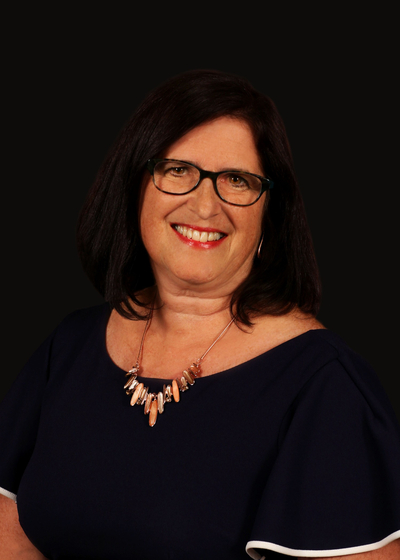 Liz has been with Northwestern Mutual since 1990 and was in the banking and law industries prior to joining NM. During her time at NM, she has worked with an estate planner, and was a financial representative for 5 years. Her specialty with our team is to help develop retirement plans and get cases ready for our clients.

She is married to Bob, who is semi-retired and enjoys traveling around the world. Thanks to Bob’s years in the military, they have had some tremendous adventures and gone to some far-away places. However, they both still look forward to many more trips. They live in Grand Prairie, Texas. Liz also enjoys spending time with her twin grandchildren, who live in San Bruno, CA.

Denise began her career with Northwestern Mutual in 2013, before joining our team in March 2020. She plays an integral role in managing our clients’ accounts, and all investment operations. Denise holds her Texas Life Insurance License for Life, Accident, and Health, is Long-Term Care certified, and is investment licensed with her Series 6, Series 63, and Series 7. She is passionate about harnessing the power of each dollar and understands the market’s ability to create long term wealth.

Denise has a broad understanding of personal finance and can advise on many aspects of financial planning. Her focus is distribution planning.

Portfolio X-Ray – Do you ask yourself, ‘What do I own, and what risks may I be taking with my wealth?' Denise possesses a keen understanding that managing downside risk is often more critical that capturing upside potential.

Portfolio Management Strategies– Denise helps oversee the construction and management of all portfolios and helps ensure the allocation is in-line with your objectives.

When not in the office Denise can been found reading, cooking Sunday dinners after church for her two boys, Brock and Andrew, or at her gym doing Cross Fit. 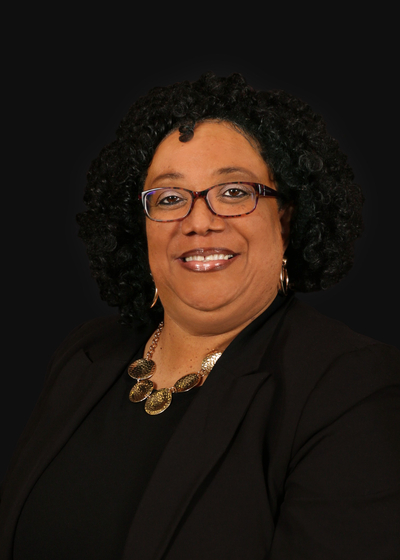 April Keese has been with Northwestern Mutual since 1994. She is dedicated to serving her clients by providing the best customer experience while achieving a level of trust that will put her and her team at the center of their client’s financial lives.

April has a BS in psychology and is pursuing her master’s degree in professional counseling.

April is involved in a non-profit organization dedicated to promoting positive options to empower women to make life-affirming decisions.

April is an active member and involved in a number of ministries at her beloved church, Oak Cliff Bible Fellowship.

April has one adult son, Kevin. She currently resides in Grand Prairie with her extended family.